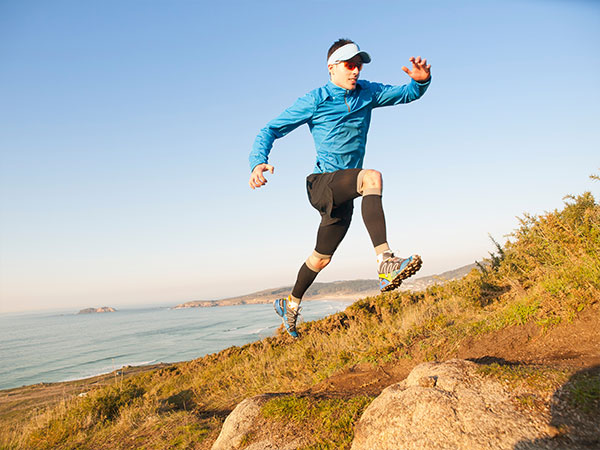 From Gym To Trail: My Changing Fitness Philosophy

I used to think 70 was old. I also used to think Pluto was a planet. Eventually I got wise and realized Pluto clearly didn’t have what it took. Later, when my step-father turned 70, I stood there looking at him—he had no walker, breathing machine, or any other assistive device—and realized, with delight, that 70 was actually really young. It helped that he was in great shape. I happened to be in between exercise routines at the time, so that moment nudged me to examine my own approach to long-term health and fitness.

I used to go to the gym, but then the gym became like college: I loved it until I left it, and then you couldn’t pay me enough to go back. In my early 20’s, I developed a near-unquenchable thirst for extreme solo sports like hiking, rock climbing, and expedition kayaking. My fitness philosophy was simple: stay in good enough shape for the next adventure. Then I had kids, but the drastic lifestyle change only increased my thirst. But once my kids got bigger I found I didn’t need, much less want, that time away. It was another revelation. I knew I could pick up those sports later, but what would I do for fitness now? Now that my metabolic rate resembled the flow of the syrup I was pouring over my kids’ waffles?

Lucky for me, since my business is outfitting folks for travel and outdoor adventure, I’m constantly motivated by active customers. In addition to their stories about faraway places, I often get ideas for unique vacations and just different modes of living. It’s part of why I love what I do. And every once in a while, there’s the chance for real inspiration. Like when I met Derrick Edwards. See Derrick, like me, knows that 70 is young. He knows it much better than I do, being that he will turn 70 next year halfway through his trek of the entire Appalachian Trail. Outfitting someone for a trip of this magnitude is its own reward, but I wanted other people to share in his journey too, so I invited him to give a talk at my store. Derrick is a meticulous man, so I knew his presentation would be informative. His eyes are focused behind his small, rimmed glasses, his voice lively, and his stories rich with detail, just like his photography, so I knew the event would be entertaining. And it was. On a Thursday evening just after sundown and with cold beer on ice, my store filled with guests who asked insightful and engaging questions, shared their own hiking stories, and contributed to what became a phenomenal community event. It was ritualistic to me, celebrating this trek, and yes, you guessed it, it was a revelation.

It’s hard to resist carpe diem cliché here, but the night took on more significance for me, partly because I spent that afternoon at a nursing home. One of my longtime customers had recently been placed there, and she needed new shoes. I was happy to make her feet happy, but the mood at the facility was more than somber. Some folks slept, some stared, one whimpered incoherently. I looked into many sad faces with vacant eyes. I saw stories there, literally dying to be told. But I had to go before I could hear any of them. I know I’m young, but sometimes you feel the passing of time more than others, and sometimes life has a way of winking and telling you to enjoy yourself because it’s later than you think. This was definitely one of those times.

And I guess that’s where my fitness philosophy has finally settled. It’s not a gym routine or preparation for a grueling solo task. But it’s one that will hopefully keep me well enough to do something great even when I’m 70. Because 70 is really young after all, and at some point my body won’t allow me do what I want to do, so I better have some stories to remember and revel in, even if younger folks are in too big of a hurry to listen.