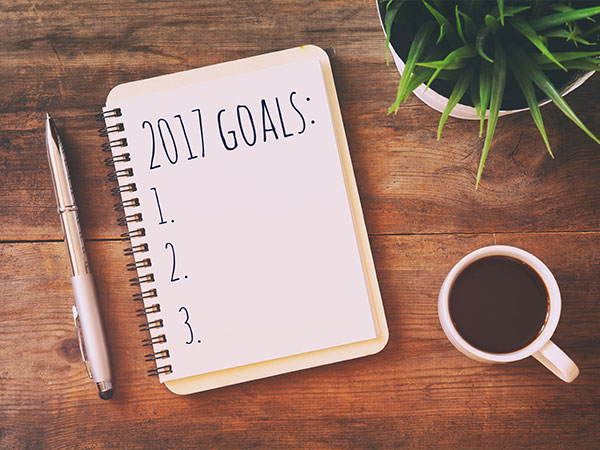 The subject of New Year’s Resolutions can be a socially entertaining one, regardless of whether you make them or not. Carnival season is upon us—a festive time full of social events, and polling folks about their resolutions can be fertile ground for conversation.

For instance, some people are so disciplined, so laser-focused and rigorous in their routines that they don’t need New Year’s Resolutions. These folks are often highly successful, and their routines are in large part what got them there. Or so they think anyway. You read stories about CEO’s waking up at 3 a.m., checking email for exactly two hours, then working out and arriving at the office at the same precise moment every day, hours before anyone else. These people likely refuse to make any resolutions and may possibly be offended by the idea. As if to make any change would be admitting that they’ve been doing something wrong. Can you imagine being at a Mardi Gras ball asking Nick Saban about his resolutions? If you ask this personality type about the subject, you may be sorry. But then again, their reaction alone might be the best entertainment of the evening (picture Saban yelling at Lane Kiffin for a moment).

On the other end of the spectrum, there are those who are truly going to live a new life in the New Year. It starts with the last gulp of wine at the final holiday bender. Now those people are fun, and Mardi Gras is the perfect time to check in on this type. Why? Because this type likely joined a new gym on January 2nd and is going no-carb or possibly Paleo depending on how gluttonous the holidays were and how out of whack their life feels. Why are you drinking right now you ask? Oh, well that’s because Mardi Gras is the one break they’re taking. They have not fallen off the horse. Nay nay, they have chosen to dismount out of respect for the tradition. Mardi Gras is the last hoorah before the solemn season of Lent. And rituals are important and must be observed. Besides, you can’t take life too seriously, right? Standing next to this type, it’s fun to indulge in that sense of hope so central to the human psyche, and as you talk to them you get to share in the feeling. Yes, Amy Schumer, life will be better this year. I’ll drink to that.

Unlike the first type, I’m never under the delusion that I have it all figured out. And unlike the second type, I don’t like making drastic changes unless I know I can make them stick. Or unless it’s a change that really needs to take place. For instance, out of nowhere at a Mardi Gras parade in 2008 I announced to a confidant that I had made up my mind to change careers. I had written that Resolution down, but had not told anyone yet. Until that moment. Why did I reveal it then? Because it was Mardi Gras. Rooted in medieval tradition, this season has far more to it than floats and plastic beads, despite what it has evolved into. In ancient times, it was a festival where libations were aplenty, folks from all classes and backgrounds came together (hence the masks...), and, if only for a moment, the normal social order was turned upside down. It is both celebration of life and preparation for Easter, for renewal.

At some point in my life I grew tired of parades and plastic beads, but that day, after reluctantly agreeing to attend the parade, I embraced the moment and let loose. Deep down I knew I needed renewal, and hence was in the mood to celebrate. Turns out that confidant knew of an upcoming business opportunity, but hadn’t told anyone about it until that moment—an opportunity that led me to fulfill my Resolution, change careers, and relocate.

Perhaps our traditions, as dumbed-down as Mardi Gras has become, as commercialized as Christmas is, or as trite as New Year’s Resolutions sometimes are, still hold some of their ancient meaning and can be relevant today. Perhaps it depends on the value we place in them. If given the choice, I guess I’ll revel in the occasion.